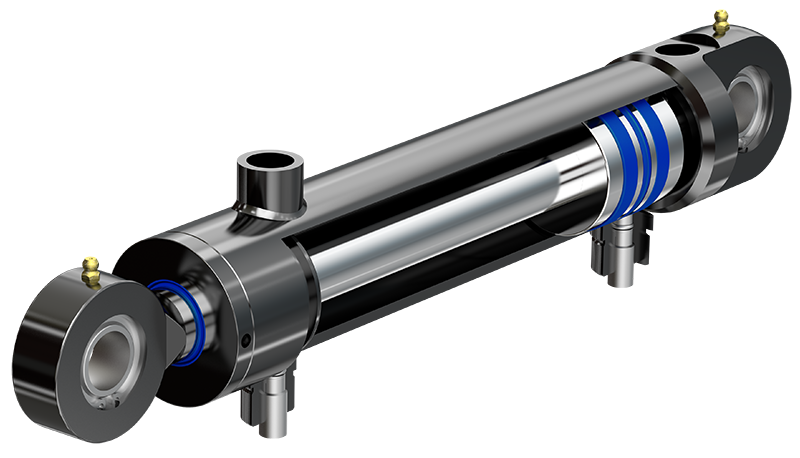 Melin & Carlsson are manufacturing hydraulic cylinders for all purposes. In some cases, customization with options may also be required to create the required function. Below are some of the options and customizations we can offer.

We manufacture hydraulic cylinders with sensors that give your system the information it needs. We primarily use inductive linear sensors that work completely contact-free and are almost  inexhaustible. Our cylinders contain sensors from the majority of leading manufacturers. Having a sensor in your cylinder creates completely new possibilities in terms of interaction between cylinder, hydraulic system and user.

When there is a need to know exactly in which position the cylinder is, positioning sensors are used. These are also called linear transducers or position transducers. The advantage is that the sensor constantly keeps track of the position of your hydraulic cylinder and these can be used for a variety of functions. You can, for example, change pressure and flow depending on position or create a damping function that can be programmed differently depending on the user.

Sensors can be mounted inside or outside the hydraulic cylinder, depending on the conditions. Most commonly, positioning sensors are mounted in the cylinder and a sensor rod goes into a hollow piston rod. The position is measured using a magnet mounted into the piston. In some cases, when this solution is not possible, a sensor rod can be mounted externally and then reads the position of the magnet through the tube walls.

We offer hydraulic cylinders with damping where end-damping can be obtained on both the push and pull side of the cylinder. In this way, hard shocks can be avoided. Depending on how the cylinder is used, functions can be built in to quickly restart the cylinder in the reverse direction.

Mechanical damping, or hydraulic damping as it actually is, works by controlling the oil flow successively as the cylinder approaches its end position. There are a large number of different solutions for this, depending on the character you want to achieve and how the cylinder works.

By using some type of sensor (read above), you can control the damping electronically with the hydraulic system’s control system. The advantage is that you can change the character, for example, depending on the load or the operator’s wishes. 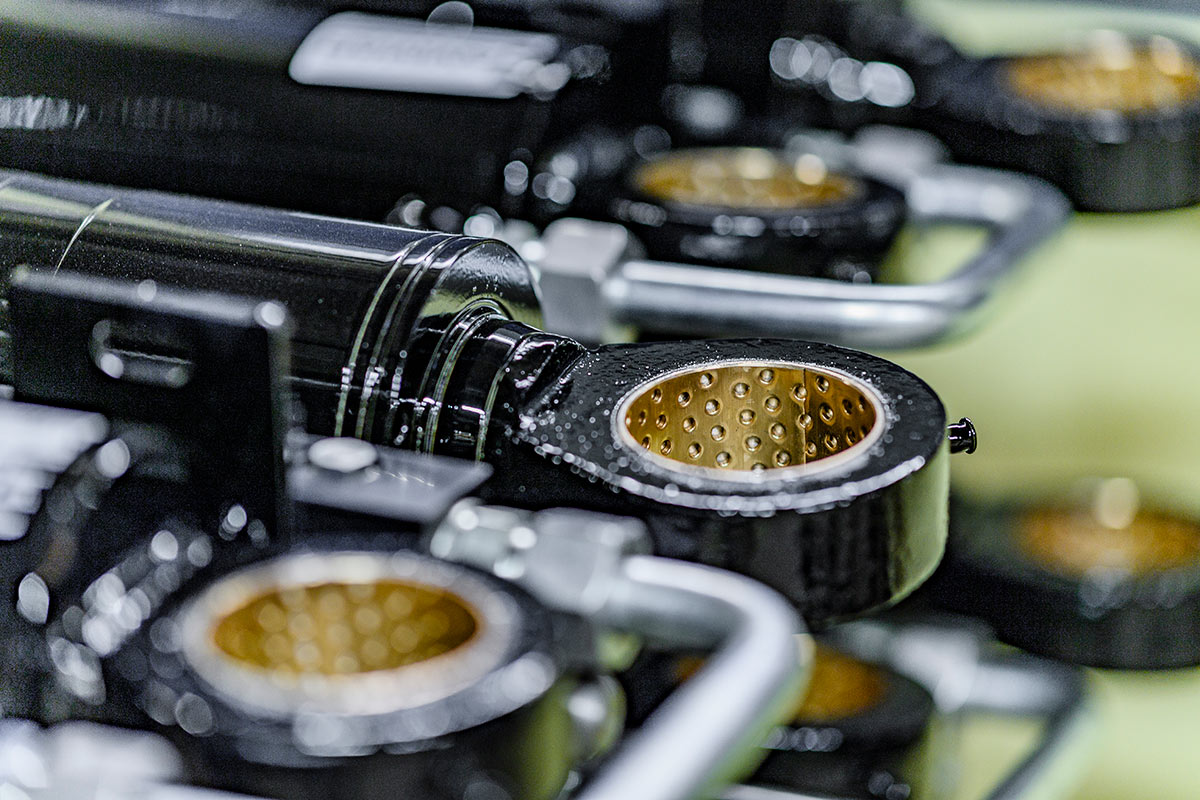 As extra safety when handling heavy loads, different types of hydraulic cylinders with valve functions are used. We use, among other things, load securing valves, over center valves and hose break valves. These can be built into, for example, the end of the hydraulic cylinder or externally connected with connecting pipes.

A load securing valve or pilot controlled check valve is a type of valve that secures the load in the event of a failure in the hydraulic system. This is because a small back pressure is always required to open the main flow in the valve.

An overcenter valve is actually a type of load holding valve, but which automatically secures the load holding when the power switches between the pull and push side of the hydraulic cylinder.

Normally mounted directly on the hydraulic cylinder connection and secures the load from falling if a hose breaks. It stops the movement of the cylinder if the flow becomes too high, i.e. if the load falls faster than it does during normal operation.

Normally the cylinder is fed by a connection at each end for movement in either direction. In some cases, other solutions may be required. Examples of this are feeding both sides of the cylinder through the piston rod, through connecting pipes or valve blocks. With great flexibility, you create a product the way you want it.

Customized hydraulic cylinders
We use cookies on our website to give you the most relevant experience by remembering your preferences and repeat visits. By clicking “Accept”, you consent to the use of ALL the cookies. However you may visit Cookie Settings to provide a controlled consent. Read more
Cookie settingsAccept all
Manage consent

Read more
Necessary Always Enabled
Necessary cookies are absolutely essential for the website to function properly. These cookies ensure basic functionalities and security features of the website, anonymously.
Analytics
Analytical cookies are used to understand how visitors interact with the website. These cookies help provide information on metrics the number of visitors, bounce rate, traffic source, etc.
Save & Accept
Powered by